International scientific conference: The legacy of Bronisław Malinowski in present-day social sciences and the humanities 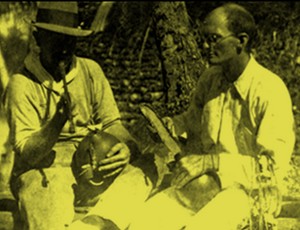 The conference is organised to celebrate the centenary of publication of Argonauts of the Western Pacific by distinguished anthropologist Bronisław Malinowski. It will be held on 26-27 September 2022 at the JU Institute of Sociology.

For many years, projects housed in the Section on Social Anthropology at the Institute of Sociology of the Jagiellonian University have played a very important role in this field. Those projects were inspired by Malinowski’s student, Andrzej Waligórski (to whom we owe the publication of Argonauts of the Western Pacific in Polish), and subsequently developed by Andrzej Paluch and his associates. These endeavors have also included a reflection on the Polish context for the emergence of Malinowski’s anthropology; the philosophical foundations of his works and other theoretical threads have been traced, among others, in the volume, Malinowski Between Two Worlds: The Polish Roots of an Anthropological Tradition (Cambridge University Press, 1988). Mention should also be made of the 13-volume Polish edition of the collected works of Malinowski (directed first by Andrzej Paluch, and later by Janusz Mucha) as well as the publication of his Diary in the Strict Sense of the Term, annotated and edited by Grażyna Kubica. This conference is thus inscribed in a long-established tradition of research conducted at the Institute of Sociology of the Jagiellonian University.

We invite you to reflect upon how the life and the oeuvre of Bronisław Malinowski influenced the social sciences and the humanities. We further pose the question of how the Argonauts author can be read today from the perspective of current research trends and the everchanging social and cultural reality. We aim for a critical expansion of the interpretational framework of Malinowski’s body of work by referring to the achievements and analytical tools of the social sciences and humanities.

The following themes will be discussed:

The Rector of the Jagiellonian University Professor Jacek Popiel