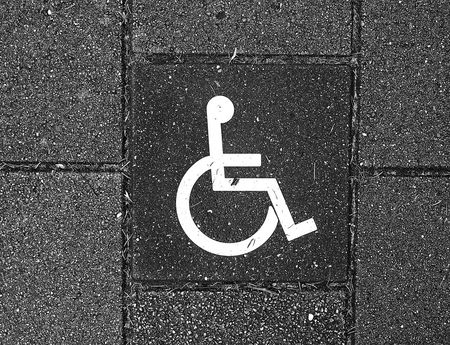 The Disability Studies in Eastern Europe – Reconfigurations research platform is holding a lecture “Disability Art on Lockdown; or, Crip World-Making”, which will be delivered by Professor Robert McRuer, one of the most prominent scholars in the field of disability studies. The meeting will be translated into Polish and into Polish Sign Language.

The lecture “Disability Art on Lockdown; or, Crip World-Making” is devoted to disabled ways of knowing that have been particularly useful for navigating the global economic, political, and health crisis we are facing.

The abstract of Prof. McRuer’s lecture reads: ‘Building on the work I put forward in Crip Times: Disability, Globalization, and Resistance, the title of this presentation has a double valence, gesturing first towards the ways in which disability and art have been, increasingly on lockdown (facing massive cuts from austere governments everywhere), even before 2020. Second, however, the title points to some of the ways that crip art, communication, and resistance were generated during the lockdown of 2020 and beyond. The presentation overviews several contemporary crip modalities for generating crip culture. First, it considers how artists and activists put forward a crip/queer sense of process over product. Second, disability art on lockdown is shaped in crip collectivity that is grounded in disability justice. Third, it performs or actualizes what have come to be called, following Merri Lisa Johnson’s coinage of the term, cripistemologies, disabled ways of knowing. Fourth, disability art on lockdown necessitates and thickens what Emma Sheppard has termed “crip pacing” And finally, disability art on lockdown forges what various scholars, activists, and artists, such as Eliza Chandler, have imagined as accessible crip world-making, which has gone by many names, including what Aimi Hamraie terms “alter-livability”’

The lecture will be held as part of the Disability Studies in Eastern Europe – Reconfigurations research platform, funded within the framework of Excellence Initiative – Research University programme. It will be followed by a panel discussion which will be joined by Dr Katarzyna Ojrzyńska, Monika Dubiel and Filip Pawlak.

Robert McRuer is a professor of English at George Washington University in Washington DC. He is a writer, speaker, and researcher who works at the crossroads of queer theory, disability studies, and transnational cultural studies. He teaches critical theory, disability studies, and transnational queer film studies. He is an author of several influential books: on queer theory and crip studies: Queer Renaissance (1997), Crip Theory: Cultural Signs of Queerness and Disability (2006) and Crip Times: Disability, Globalization and Resistance (2018), in which he developed the concept of crip theory, which reclaims the insulting term ‘crip’ and employs it as a tool for revisionist analysis of culture, art, and social and political life. McRuer co-edited the book Sex and Disability (2012) and A Cultural History of Disability book series (2020). In 2019 he edited a “Cripping Cinema and Media Studies” special issue of JCMS: Journal of Cinema and Media Studies.