Sweet salvation: how a sugar cane pathogen is gearing up a new era of antibiotic discovery 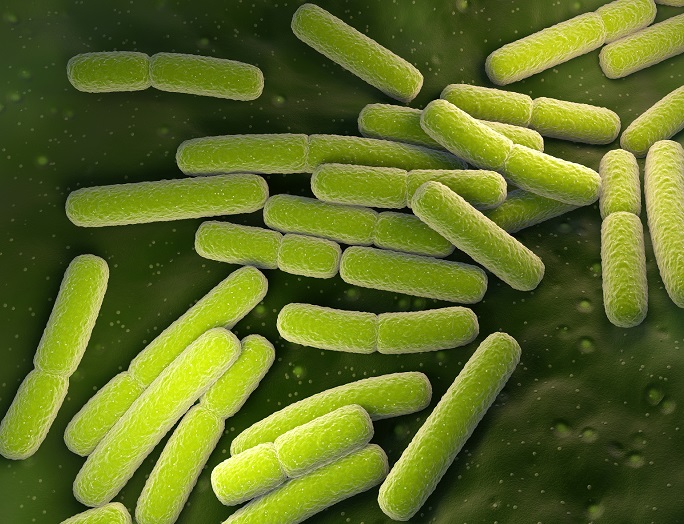 An international group of researchers, including Prof. Jonathan Heddle’s team from the JU Małopolska Centre of Biotechnology made a ground-breaking discovery concerning the work of albicidin – a substance which may become the basis of most effective antibiotics against antibiotic resistant bacteria. The paper, entitled ‘Molecular mechanism of topoisomerase poisoning by a potent peptide antibiotic’ has been published in Nature Catalysis journal.

A potent plant toxin with a unique way of killing harmful bacteria has emerged as one of the strongest new antibiotic candidates in decades. The antibiotic, called albicidin, is produced by the bacterial plant pathogen Xanthomonas albilineans, which causes the devastating leaf scald disease in sugar cane. Albicidin is thought to be used by the pathogen to attack the plant, enabling its spread.

In recent years researchers have gained an understanding how this bacterial weapon works: It targets an enzyme found in both plants and bacteria called DNA gyrase (or simply “gyrase"). This enzyme binds to DNA and, through a series of elegant movements, twists it up in a process  known as supercoiling, vital for cells to function properly. However, gyrase has an Achilles heel; to do its job it must momentarily cut the DNA double helix. This is dangerous, as broken DNA is lethal to the cell. Normally, gyrase quickly joints the two pieces of DNA back together again, but albicidin  prevents this joining from occurring.  The result is broken DNA and bacterial death. 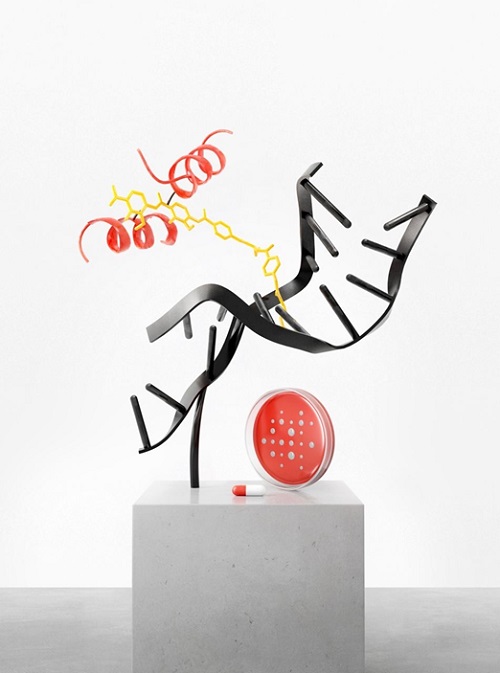 Albicidin is known to be very effective at killing bacteria, including  E. coli and S. aureus. These bacteria are infamous for their growing resistance to existing antibiotics, meaning that there is a vital need for new, effective drugs. Despite its known antibiotic potential and low toxicity in pre-clinical experiments, pharmaceutical development of albicidin has been hampered by the fact that scientists did not know precisely how it interacted with DNA gyrase.

Now, Prof. Jonathan Heddle’s research group at the Malopolska Centre of Biotechnology at the Jagiellonian University, alongside the laboratories of Prof. Roderich Süssmuth at Technische Universität Berlin and Dr. Dmitry Ghilarov at the John Innes Centre, UK have used advanced  cryo-electron microscopy to obtain an unprecedentedly detailed snapshot of albicidin bound to gyrase. The results were fascinating: it turned out that albicidin forms an L-shape, enabling it to interact with both the gyrase and the DNA in a unique way. In this state gyrase can no longer move to bring the DNA ends together; the effect of albicidin is akin to a spanner thrown between two gears.

Importantly, the way albicidin interacts with gyrase is sufficiently different from existing antibiotics that albicidin and its derivatives are likely to be effective against many of the current antibiotic resistant bacteria, the so-called ‘superbugs’. ‘We have hope that the unusual nature of the interaction between albicidin and gyrase will allow us and others to use it as a base to develop antibiotics that can overcome the threat of antibiotic resistant bacteria’ commented Elizabeth Michalczyk, a PhD student in the Heddle Lab and one of the lead authors of the work.

This work has already begun: the team used their observations to chemically synthesise variations of the antibiotic with improved properties. In tests, these variants were effective against some of the most dangerous hospital-acquired bacterial infections including Escherichia coli, Klebsiella pneumoniae, Pseudomonas aeruginosa and Salmonella typhimurium, including those demonstrating resistance to existing antibiotics.

‘The research  is very exciting and is a great example of multi-national collaboration’, said Prof. Heddle, ‘Working with the groups at John Innes Centre and Technische Universität Berlin allowed us to pool our resources and expertise and make rapid progress’.

The next step for this research is to engage with academic and industrial collaborators, and to seek funding to take the research forward to human clinical trials. This could lead to the development of an urgently needed new class of antibiotics in the face of a global threat of antimicrobial resistance, AMR.

The paper, entitled 'Molecular mechanism of topoisomerase poisoning by a potent peptide antibiotic' has been published in Nature Catalysis journal.

Despite urgently needed new medicines to combat this threat, drug discovery programmes have yielded no new classes of antibiotics for several decades.