Open spaces and classes under palm trees. How could our schools look like? 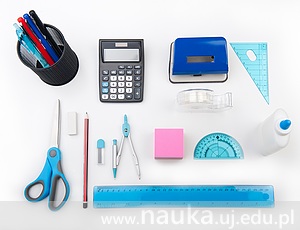 Encouraging creativity and cooperation, focus on solving practical tasks and teaching children how to think by themselves - these ideas are frequently referred to in discussions about a perfect school. Let’s take a closer look at several educational institutions that stand out from the crowd and try to put these principles into practice.

Could the solutions presented below be implemented in the Polish reality? Besides purely financial and political issues, would they be compatible with the organisation of our schooling system, our tradition and culture, as well as the expectations of children, parents and teachers?

Leave your comments at Cafe Nauka 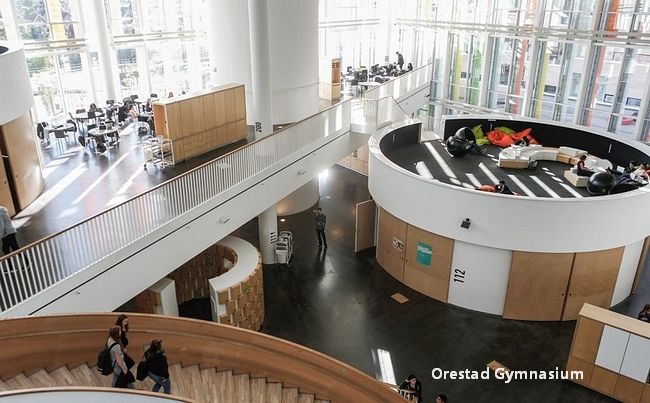 In a giant cubicle nearly four hundred students learn, cooperate and create. The school is one big open space. “Such organisation of space encourages young people to assume an active role in their own education, promotes flexibility in thinking, and prepares students for activity in various fields”, explains Allan Kjær Andersen, Ørestad headmaster. The children themselves gather into groups and create makeshift classrooms.

The school’s core principle is that it’s not sufficient to provide children with knowledge – what really matters is how this knowledge can be put into practice. 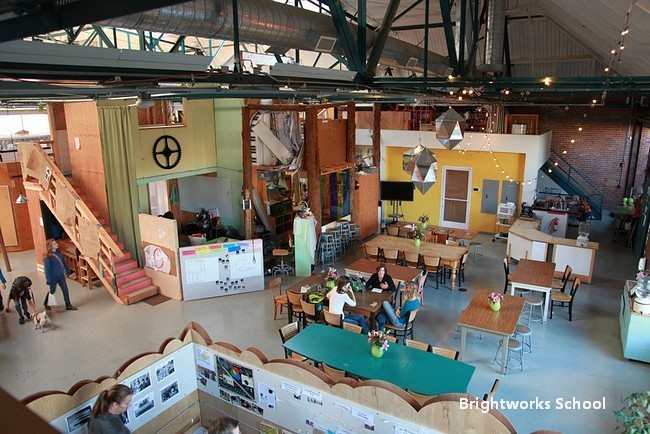 In Brightworks everybody is required to get dirty, play with fire or do other things which are forbidden or at least frowned upon by most parents.

What’s worth noting is that these “horrible” activities are included in the general framework of education. What the children learn depends on their own preferences and talents, and the teachers’ role is to put these activities in order and, obviously, subtly supervise them, to make sure that, for instance, a lit burner doesn’t cause an accident. The creative environment is also provided by the school building, which was converted from warehouses of a former mayonnaise factory.

Brightworks puts a lot of emphasis on art education – the students constantly paint, sculpt, and engage in drama. The central purpose is to raise children in such a way that they not only  act as consumers, but are also willing to make their own contribution, take active part in changes on both global and local level.

3. THINK Global School, New York, USA and the rest of the world 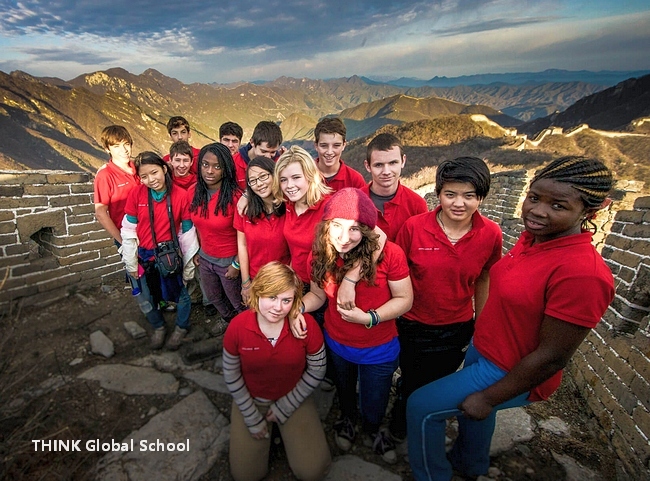 Each semester in a different part of the world? Sounds like a dream! Yet, it’s possible to come true. This is how THINK Global works. Where can you best learn about different cultures, wonders of nature and works of great people from bygone ages? The answer is: in the places of their origin.

“When the students sailed around the islands of the Ionian Sea they could gain better insight into the Greek philosophy, culture, art and literature”, stresses Lee Carlton from THINK Global. Additionally, in each place they visit, the students engage in charity work and projects helping local communities, which shapes their characters and makes them true citizens of the world.

Education in reverse order. In this school the students do homework in classroom, whereas at home they watch pre-recorded presentations and lectures. Such an approach allows teachers and their pupils to focus on specific problems, unclear issues, and all complexities of a puzzling homework. First of all, it’s an opportunity to put theoretical knowledge into practice in a more effective way. It’s been reported that reversing the order of lessons and homework decreased the number of failed classes by one third, whereas the number of actions undertaken in response to students’ bad behaviour was reduced by two thirds. What makes these results especially important is the fact that a large proportion of its students come from impoverished areas.

The students of this institution, founded in 2008, spend their school days close to nature. If you’re looking for a high-tech school, this place is not for you. The exotic surroundings and walls made of bamboo trunks provide learning environment in which typical school subjects, such as maths are combined with lessons in cooking, sewing, as well as traditional mud wrestling. The Green School teachers come from various parts of the world, from where they bring their local traditions, teching methods and ideas. The only disadvantage is the high tuition f 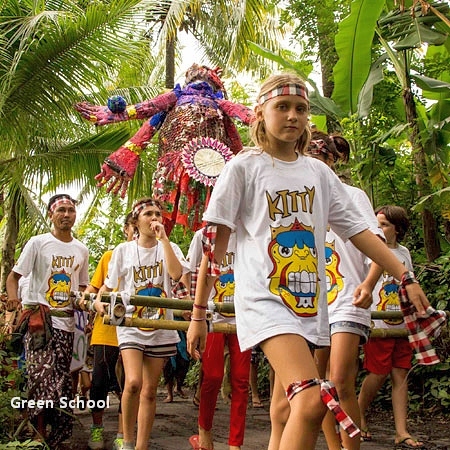 ee, which, according to informED website, can even amount to 16 thousand dollars a year.

The school was named after a young anti-apartheid activist, who was murdered in South Africa. The values she fought for, such as social justice and helping the disadvantaged, have become the foundations of Amy Biehl High School. This is an interesting example of making the person after whom a school is named an important part of the institution’s educational programme – an approach that can also be found in the Polish education system.

The values embraced by the school are reflected in the projects it runs, such as the Social Actions Carnival, Facing History and Ourselves, Habits of Hearts and Minds – a project that stresses the role of cooperation and responsibility for one’s actions, and Indaba – an  all-school assembly and discussion taking place every two weeks, which has its origins in similar meetings held in African tribal communities.

The photos come from the schools’ websites.