Since late December 2019, the outbreak of novel coronavirus (2019-nCoV) in central China has led to the deaths of nearly 500 people, thereby bringing the number of victims of the virus closer to the death toll caused by SARS in 2002/2003. The ongoing crisis will undoubtedly have serious consequences, not only for health care, but also society, politics and economy. We asked Adrian Brona from the JU Institute of the Middle and Far East to diagnose the signs of coronavirus infection in the Chinese economy.

The first cases of 2019-nCoV were observed several weeks before the Spring Festival, more commonly known as the Chinese New Year. As the most important week in the Chinese calendar, it has the status of an official public holiday, which in this year fell on 24–31 January. During the Spring Festival, businesses and industry cease their normal operations, but in reality, the festivities begin about two weeks before that and last for about 40 days. In that time, people in China generally travel to visit their families and friends, both inside and outside of the country, spending much of the money they’ve earned in the previous year. In recent years, the Chunyun period, as it’s called, has witnessed as many as 3 billion travels. 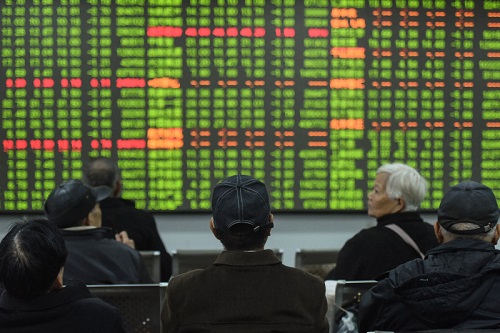 This year, however, was different. Although a large number of people have already managed to leave their places of residence before the authorities began informing the public about the outbreak (20 January), many of them have stayed home. This is true not only for the Hubei province, the outbreak’s epicentre, a region inhabited by about 50 million people, which the government has quarantined. In all of China, people are reluctant to leave their houses, preferring to stay away from large crowds. Furthermore, many tourist attractions, from the Forbidden Palace in Beijing to the Disneyland in Shanghai, have been closed because of the epidemic. The release of new movies to cinemas has also been temporarily halted: a huge blow for the film industry, since a quarter of all tickets in China are sold during the Spring Festival. Hotels and transportation services have been affected by a slew of cancellations. The same holds true for restaurants, which receive significantly less clients.

Economists have estimated the total losses of the catering business, tourist trade and film industry during the week-long holiday at more than one trillion yuan (about 130 billion euro). The situation is the worst in Macau, a special administrative region in China which is a top destination for gambling tourism. In January, the number of tourists was 87% smaller than last year, even though last year’s Spring Festival happened in February! Attendance wouldn’t solve the problem, though, as casinos were forced to close due to coronavirus.

The outbreak of the virus has affected more than service and entertainment business. Industry is also starting to experience setbacks. In the last few days, at least 24 local governments in regions accounting for 80% of China’s GDP and 90% of its exports, have prolonged the leaves of their employees until 10 February. If the outbreak isn’t contained by then, we can expect it will be prolonged further, which means more losses. The city of Wuhan, where first cases of the coronavirus have been discovered, is an important industrial hub. It features research centres of such corporations as Huawei and Xiaomi as well as a large factory of Foxconn, one of the most important subcontractors in the electronics business, which provides hardware for Apple. Lower accessibility of components produced in China are a serious issue, as evidenced by Hyundai Motors’ announcement on halting the production in its South Korean factories on 4 February.

If the outbreak is not stopped soon, small and medium-sized enterprises that are reliant on export will face massive losses. Unfortunately, the organisers of Canton Fair, the largest event for both importers and exporters in China, have cancelled the nearest session of the fair, scheduled to take place between 15 April and 5 May. Last year, the event was attended by 25 thousand exhibitors and 192 thousand guests. The contracts signed over its duration amounted to nearly 30 billion euro. 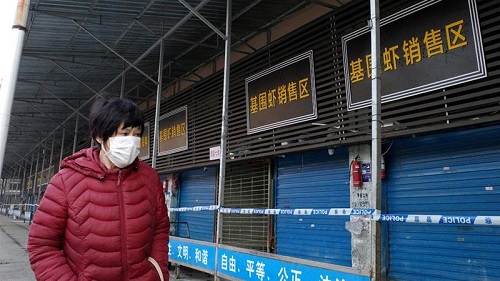 China’s agriculture is currently also in trouble. Restrictions are causing difficulties in food transport. The situation in Hubei is particularly dire. In the first days of February, animal feed had to be urgently delivered to farmers, since the holiday season caused them to run short. Moreover, since people are encouraged to stay at home, the number of workers is currently also insufficient. As if this wasn’t enough, an outbreak of bird flu was discovered in the neighbouring province of Hunan. No humans have contracted the virus so far, but it could still decimate the chicken population. This is a serious threat to the agricultural market, as China is already combating the African swine fever that has been killing livestock since 2018. As the prices of food are now the highest they’ve been in years, consumers face more increases in the future.

Currently, it’s very hard to accurately assess how the outbreak of 2019-nCoV will affect the rise of GDP in China. However, some analysts are already lowering their estimates. The most negative version, suggested by The Economist Intelligence Unit, predicts a 0.5 to 1.4 percentage drop in relation to its previous estimate, depending on when the infection is contained. In the case of China, this could amount from 55 to 155 billion euro, but it will only become verifiable a few months after the outbreak. The Chinese government will probably also have to reflect on the structure of their country’s economy, and in particular, the expenditure on health care services, which at the moment is capped at 5% of GDP.