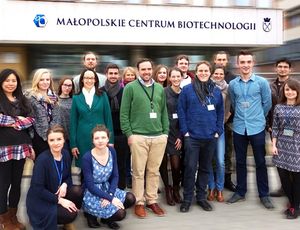 An international team of scientists from the JU Małopolska Centre of Biotechnology and two other research centres made a breakthrough discovery that will allow for a more complete understanding of one of the key mechanisms in ribosome-mediated protein synthesis. Their findings were published in the July 2019 issue of Science Advances journal.

All living cells employ ribosomes and transfer RNA (tRNA) molecules to decode mRNA sequences and translate the codon-triplet-encoded information into correctly assembled and functional proteins. Furthermore, it is crucial for the cells to produce these proteins at the right speed to avoid protein misfolding and intracellular aggregates. The modifications of tRNAs with small chemical groups by specialized enzymes is one way to tune the production speed at the correct pace.

A team of scientists from the Małopolska Centre of Biotechnology of the Jagiellonian University, the Martin Luther University Halle-Wittenberg and the European Molecular Biology Laboratory managed to catch a crucial component of cellular modification machinery directly at work. To put it more precisely, they used cryo-electron microscopy (cryo-EM) to determine the structures of a large protein complex, called Elongator, in the presence and absence of its natural substrate tRNA. Their results were published in the July 2019 issue of Science Advances journal. 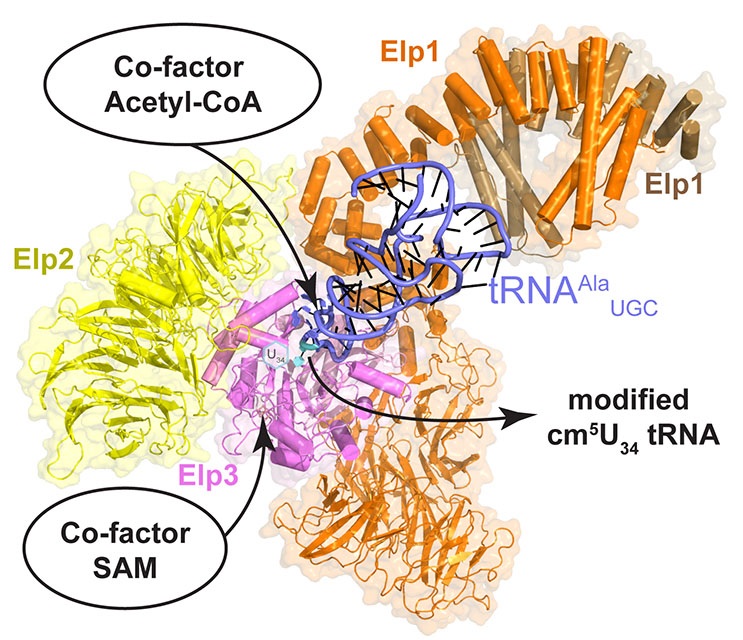 The results are extremely valuable for the whole research community interested in protein synthesis, as they allow for a more complete understanding of one of the key mechanisms in ribosome-mediated protein synthesis, where tRNA plays a central role as an adaptor molecule. The highly conserved Elongator complex is responsible for the introduction of specific and very complex chemical modification in the anticodon of the tRNA molecule. It was previously shown that the lack of this modification caused by the dysfunction of Elongator leads to abnormal ribosome dynamics, degenerated protein synthesis, protein misfolding and intracellular aggregates. ‘After 10 years of research on this large cellular machine, we finally start to have a clearer picture of the complicated interplay between the different Elongator subunits and the bound substrate tRNA, which permits the modification reaction’, explain Christoph W Müller and Jan Kosinski located at the EMBL Heidelberg and EMBL Hamburg, respectively. Strikingly, mutations in any of the six subunits of Elongator are associated with the onset of severe human diseases, including familial dysautonomia, obesity, bronchial asthma, intellectual disability, ventricular hypertrophy, Rolandic Epilepsy, and cancer. ‘Our structural work tells us how tRNA is specifically positioned in the active site of the complex, but also allows a structure-based design of specific drug molecules that might cure Elongator-related diseases in the future’, says Sebastian Glatt, Max Planck Research Group Leader at the MCB and last author of the study.

The researchers obtained high-resolution structures using the cryo-EM method, which was distinguished with the Nobel Prize for Chemistry in 2017 and will soon be also available in Poland. A state-of-the-art microscope with the latest direct electron detectors is already installed at the SOLARIS National Synchrotron Radiation Centre of the Jagiellonian University and is currently undergoing commissioning. Application details for time at the microscope are available on the Solaris website.

The research in Kraków was financed from an OPUS grant from the National Science Centre and the Homing and Team Tech Core Facility programmes of the Foundation for Polish Science (FNP) with the support of the Structural Biology Core Facility at MCB. 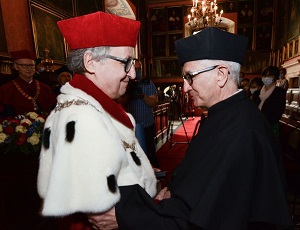