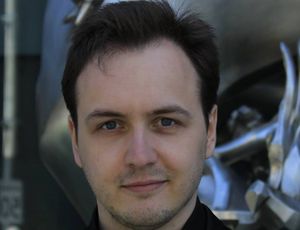 Adrian Chrobak, a PhD student at the JU MC Chair in Psychiatry, has received the European Forum of Psychiatric Trainees (EFPT) Porto Research Award for the best research project carried out by a trainee psychiatrist in Europe. The award was presented to him during this year’s Forum on 14 July in Prague.

Adrian Chrobak is the author of over 30 publications in the area of motor functions deficits in schizophrenia and bipolar disorder patients, chronobiology as well as the functioning of cerebellum. His articles were published in scientific journals such as Molecular Neurobiology, Progress in Neuro-Psychopharmacology and Biological Psychiatry, and Journal of Affective Disorders. Currently, he is conducting two research grants devoted to neuroimaging of motor deficits and evaluating implicit motor learning impairment in schizophrenia and bipolar disorder patients.

The EFPT Porto Research Award was awarded to Adrian Chrobak for his outstanding achievements in the project ‘Motor deficits in schizophrenia and bipolar disorder’.