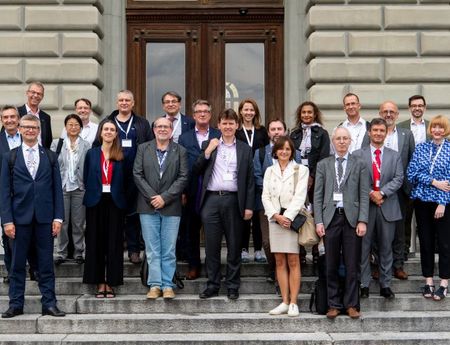 On 7–8 September 2022, JU Rector’s Proxy for Cooperation within the Framework of Una Europa Prof. Stanisław Kistryn represented the Jagiellonian University during a meeting of Vice-Rectors of universities brought together by the Guild of European Research-Intensive Universities in Bern.

The meeting was devoted to current activities of the cooperation network as well as its strategic priorities. Its participants of the meeting discussed the future of European universities in the context of the recent developments in the European Commission’s European Universities Initiative. They debated on implementing solutions that would facilitate the development of research projects in various disciplines. Additionally,  they considered further cooperation between the European Union and Switzerland in the area of research, innovation and higher education together with a representative of the Swiss government, Prof. Martina Hirayama.

Part of the meeting was also devoted to future collaboration of the Guild and the African Research Universities Association (ARUA). Members of both networks will meet in Cape Town in autumn. Another important issue raised during the meeting was the institutional culture of evaluation research projects in the context of related EU policies.