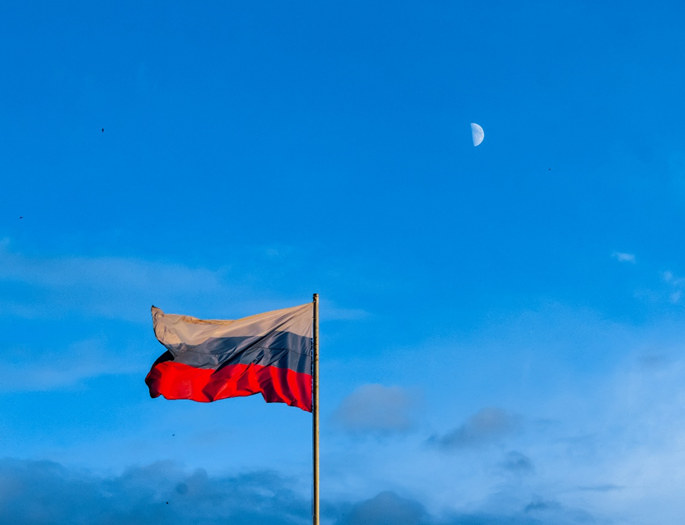 The Russian Federation’s invasion of Ukraine has changed the international security architecture. But we cannot say we did not see it coming, since the premises of Putin’s future actions could be noticed in both his previous statements and actions, and the West’s arrant dismissal of them. Now, with both NATO and EU standing closely behind Ukraine, we wonder how it was possible to let this happen, and where we are now.

Since the end of the Cold War, most Europeans have lived in a safe and peaceful continent. For almost three decades, major conventional war and territorial conquest in Europe seemed unthinkable. This was especially the case given the Western preoccupation with the ‘humanitarian interventions’ of the 1990s (Somalia, Bosnia, Kosovo), and its later focus on the counterterrorist and counterinsurgency campaigns of the 2010s (Afghanistan, Iraq); the idea of a return to conventional warfare on European soil was dismissed as a relic of the (imperial) past. Yet Russia’s President Vladimir Putin and the Russian Federation begged to differ.

In April 2005, Putin infamously acknowledged that ‘the demise of the Soviet Union was the greatest geopolitical catastrophe of the century’, lamenting the existence of separatist movements inside Russia, and the fate of ‘fellow citizens and countrymen’ left on the fringes of Russian territory. Back then, this statement did not cause much of a stir or controversy in the West, as it was treated more as a rhetorical figure or grounds for the occasional domestic maneuver (Putin made these remarks a month before Russia’s celebration of the 60th anniversary of the end of World War II in Europe)  than a serious sentiment about a bygone era. Perhaps coincidentally, also in 2005, the British-American strategic thinker Colin S. Gray predicted, in Another Bloody Century, p that any Russian-Ukrainian conflict would not be intended simply as a war, but rather as a ‘vital step in the restoration of the Russian empire’ (Gray, 2005, 180). It took less than a decade for Putin to turn his nostalgic dreams into aggressive strategy. As Russia invaded Ukraine in 2014, Moscow not only used military force to annex the Crimea, invade Donbas, and destabilize neighboring Ukraine: it also sent the message to the West that the current status quo of a peaceful and democratic Europe – under the security umbrella of the United States and NATO, in the context of the European Union’s economic prosperity – did not resonate with Putin’s vision of the ‘Russian world’ (Russkiy mir).

Even though the initial response from the West in 2014 was swift – mainly in the form of  diplomatic measures, economic sanctions, and NATO’s military build-up on its eastern flank – the international pressure on Russia subsided as the years passed, making Putin’s annexation of the Crimea a fait accompli and the Russian-fueled war in eastern Ukraine a new normal. Instead of firmly agreeing on the nature of the Russian regime and focusing on how to contain and deter it, the Western attention shifted. Transatlantic partners got caught up in intra-alliance rifts – from a ‘pivot to the Pacific’ and the ‘migrant crisis’ to dreams of ‘strategic autonomy’ – amplified by the arrival of populist and anti-democratic sentiments on both sides of the Atlantic. Many experts and politicians became distracted from thinking about the threat of a kinetic war, instead shifting their attention to anticipatory future security risks – from cyberattacks to lawfare, from surrogate to hybrid war. Frequently, concerns voiced mostly from the Central and Eastern European states over a resurgent Russia were either disregarded or accused of representing panic and even warmongering. Many in the West ignored Putin’s true nature and his policies, overlooking the fact that his Russia ‘was not necessarily a benign neighbor, and a proper cost-calculation should include the worst-case scenario’. Yet Vladimir Putin’s decision to deny Ukraine the right to exist, calling Ukrainian statehood a fiction and ordering of a full-scale invasion on February 24, 2022,  should not be used as a bittersweet I-told-you-so moment, but as a tragic realization that the world order we came so comfortably to live in is now officially over.

From Ignorance to Resilience

Zbigniew Brzezinski, taking a long view in 1992, wrote about the challenges that the West was facing in the post-Cold War period. The most daunting of these, according to him, was to make sure that the ‘disintegration of the Soviet Union becomes the peaceful and enduring end of the Russian empire, and that the collapse of communism truly means the end of the utopian phase in modern political history’. Brzezinski warned, however, that ‘these grand goals will come to pass only if the West again demonstrates strategic staying power, focused on clearheaded geopolitical – and not just on narrow socioeconomic or vaguely idealistic – aims’. With Russia’s invasion of Ukraine and the subsequent war that Moscow has unleashed on the Ukrainian nation, the post-Cold War security system in Europe and beyond has run its course. The  united and strategic action of the West is essential to safeguard peace, independence, and democracy on the European continent. We in the West have remained too complacent for the last thirty years, ignoring the lessons of history, while believing that war always happens somewhere else (whether in Bosnia, Afghanistan, Iraq, or Syria). Unfortunately, most of us ignored the early warning signs of Russia’s aggressive transformation, whether it was its war with Georgia in 2008 or its annexation of the Crimea in 2014. The latter marked, in retrospect, the beginning of a long war against Ukraine which has now intensified with the invasion of February 24th. This is a wakeup call for both Europe and its Transatlantic allies. If they (NATO, EU, and their partners) do not stand firmly against Russia’s aggression they will reward Putin’s ruthless power grab and encourage him to bully other states in Central and Eastern Europe.

With the Russian attack not going as smoothly and decisively as anticipated by the Kremlin, being as it is countered by resolute Ukrainian defence and impeded by its own tactical, operational and logistical failures, the game has become increasingly perilous. The unparalleled severity of the sanctions against Russia, its advancing international isolation, and the bolstering of the arms supply to Ukraine all make Putin ever-more angered and less predictable. Sending a nuclear threat could be but one sign of this. Striving desperately to capture the largest Ukrainian cities through increasingly heavy firepower, indiscriminate attacks, and the infliction of civilian casualties are others. Still, with the West, seen by Putin as the Empire of Lies, forming an unprecedented and almost-monolithic coalition within NATO and EU, Russia may seem to be cornered, with three options left on the table: further escalation, utter humiliation, or negotiation. The former two may seem dangerous and costly for both sides, while the latter would have small chance of success. The only certain thing is that the current status quo has been annihilated by Putin.  Given the strength of Ukraine’s defense (and possible guerilla warfare in event of a Russia success), global support through humanitarian aid, military assistance, or even propaganda memes, it is highly unlikely, if not impossible for the West to accept Putin’s demands, or indeed to return to the previous geopotical situation. The most critical question of all, then, will be how to de-escalate and find a way out of this reckless game of Putin without abandoning Ukraine or accepting a rotten compromise. Most would agree that the currency Putin understands best is toughness and force. We must not forget, though, as many crises of the past have taught us, that the opening of a safety valve enabling the adversary to pull out without been utterly humiliated is indispensable. Sun Tzu emphasised that centuries ago: one should ‘build a golden bridge for your enemy to retreat across’. 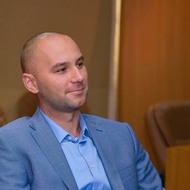 Wojciech Michnik is currently an assistant professor of International Relations and Security Studies at Jagiellonian University and contributing editor for New Eastern Europe. In 2019, he served as the Eisenhower Defense Fellow at the NATO Defense College in Rome. Previously he taught for over two years at the American University in the Emirates in Dubai and served as a Fulbright visiting scholar at Columbia University’s Harriman Institute in 2015-2016. In 2014, he worked as a foreign and security policy analyst at the Department of the Americas, Ministry of Foreign Affairs of the Republic of Poland. 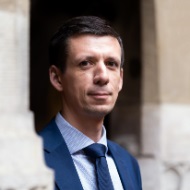 Łukasz Kamieński holds a Ph.D. in political science from the Jagiellonian University (2005) as well as an M.Sc. in International Relations (LSE, 2001) and M.A. in political science (Jagiellonian University, 2000). He was a Visiting Fellow at LSE IDEAS (2019), the Centre for International Studies at LSE (2011), and a Visiting Research Fellow at the Department of National Security Affairs, Naval Postgraduate School, Monterey, California (2003). Prof. Kamieński is also the director of the Institute of American Studies and Polish Diaspora at the Jagiellonian University (2020-2024). His publications include: 'Shooting Up: A History of Drugs in Warfare' (C Hurst & Co. Publishers, 2017), which has been translated into several languages. 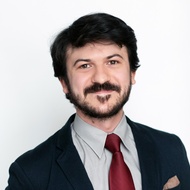 Maciej Smółka holds a Ph.D. in cultural studies at the Jagiellonian Unviersity. Previously, he completed an M.A. in American studies (Jagiellonian University, 2015), and a B.A. in cultural studies (Jagiellonian University, 2013). He was a visiting researcher at Dickinson College (2015) and the University of Minnesota (2018). He specializes in popular music, popular culture and American studies. Among others, he is an author of 'Say Yes! to Michigan' (AT, 2017), and a co-editor of 'From the Bowery to the Bronx' (Intellect, 2022).

The article was originally published on the LSE IDEAS CSEEP blog.